Despite promising myself that 2016 will be a more active year blogging wise, here we are almost half a year into 2016 and this is the first post of the year.

In spite of the lack of any new posts, the Running Alien is alive and well… just that work, some other personal projects and trying to stay active kept me away from the blog.

However, I feel it’s time to get back in the habit of posting on the blog and after such a long period of silence the best way to start is to give an update on what I’ve been up to in the past months. Below is in an aggregated form that happened in my “athlete” life from the beginning of the year up to now…

Due to a very hectic schedule at the beginning of the year, January and February were “lazy” months for me: despite 2 nice races, Egmond Halve Marathon and Groet Uit Schoorl, being held I chose not to run any of them.

March however, was a full month and besides not breaking my legs during my ski trip in Austria, I also managed to run my first 2 races of the season.

First one was the 20 van Alphen for which I was planning to try to run an under 1:25:00, but 2 days before the race I answered to an Instagram post and suddenly I became a pacer for the 1:30:00 group.

Despite being easy to run the 1:30:00 for 20k, being a pacer is for sure a hard job – especially when you are the only pacer for that group and you need to pace yourself first of all… Over all an interesting experience which I may try again in the future given there will be another pacer for the same time to keep me company 🙂 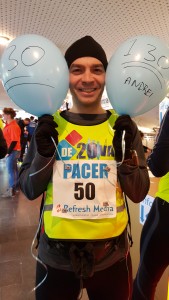 The second race was Kasteel de Haar Halve Marathon for which I was again a pacer – private one for one of my work colleagues who ran his first half marathon. Despite the crazy wind on some sections of the course, I managed to pace my colleague to good (given the conditions) just under 2 hours first half marathon. 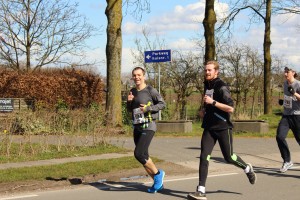 Besides running 2 races in March, I’ve also managed to work on a recently found new hobby: skiing…and just as last year we’ve visited Austria, this time going to Soelden. Great place for beginners (and not only – so I was told by my more advanced friends), amazing views, good food and cold beer 🙂 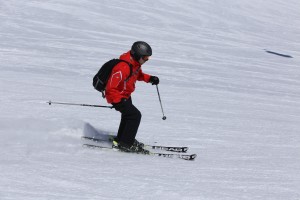 Having “survived” 2 races and 1 week on the skiing slopes, I’ve decided that I need to add some sort of cross training to my training routine. And as living in The Netherlands involves a lot of cycling (not enough for me as I’m commuting to work by public transport), I’ve decided to to buy my first road bike. After a lot thinking what kind of bike to buy (hybrid or road), studying the market, analyzing my needs, the costs etc, I’ve decided to go Dutch all the way and go with a local brand: Sensa. Adding also my desire to explore the triathlon, made me go for a road bike…

After a visit at Vos Fietsen in Halfweg/Zwanenburg I left with a brand new Sensa Romagna bike which I believe fits nicely my current needs. 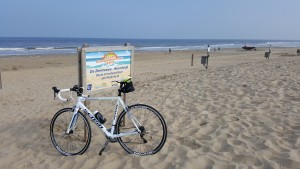 Since buying the bike I’ve started training 4-5 times/week as compared to 3 times/week before and already logged about 800km on the bike (trying to commute to work on the bike when the weather allows it). Not sure how cycling will impact my running times, but I can’t see the harm.

Due to the hectic schedule which unfortunately I don’t see changing in the following months, I haven’t been able to plan any marathon this year (tho I’m still hoping to run one – Eindhoven seems a good options) as I wouldn’t just like to run one just for the sake of running one (I’d like to have a proper schedule which I could respect and follow in order to beat my Stockholm Marathon time)… but, I’m seriously considering doing a sprint triathlon this summer to see how that would go. And, yeah, despite never doing a triathlon I’m already thinking and trying to plan a half Ironman next year.

Plans are good as they keep me focused with all my hectic schedule, but I also have 2 races already waiting for me: the 10EM event at the Zuidas Run and the 10k at Grachtenloop.

I hope that besides the sprint triathlon which I’ll most likely do this year I’ll manage to participate in at least 1 or 2 other events, one of which I hope will be a trail run as I really enjoyed last years’s N70 Trail run (if you have any suggestions for a nice trail run, drop a message in the comments).

Until next time, happy running (and cycling)!