It’s the end of another year… it’s time to look back on the achievements of the year about to end and set some new goals for the upcoming year.

Looking back at 2015, I can say it was a good year! First and most important, I was in good health and besides a minor injury which stopped me from running less that 2 weeks, I was active most of the year.

In terms of races, I’ve also been present at more races than the previous year:

Besides the mileage, 2015 was a great year considering that I’ve managed to improve all my personal bests. 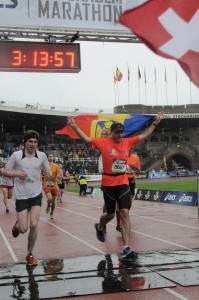 Besides runnning, this year I’ve also restarted swimming, tho I’ve been very “shy” so far and didn’t include it in my routine as much as I would have liked it to happen.

Nonetheless, I hope 2016 will be even a better year. I hope I’ll reach the 2000km / year mark, plan to run my fourth marathon (although I still didn’t decide when/when that will happen – Leiden Marathon seems to be the best option so far) and I’m planning on buying a race bike and hope to do a first triathlon. Hope I’ll manage to do it all! And on top of that, I hope I’ll find more time for the blog as well!

Happy New Year to all of you and many happy runs!